52 random acts of kindness that each take under 52 seconds. One action each week, over a year takes less than an hour of your life.


There have been many studies on the art of smiling and its psychological effects from its ability to release mood altering chemicals to its contagious effects to its ability to change a situation and portray co-operation, altruism and competence.

The cliched  art of making lemonade out of lemons is the art of smiling when you don't always feel like it. Standing in that long queue or when someone stops in front of you at the ticket machine and goes searching for their ticket or at the till they realise they have the wrong detergent and dash away leaving you and the cashier in awkward smalltalk. These are lemons...sour and distasteful. 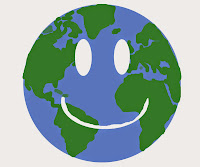 You could be grouchy but that's not making anyone feel any better including yourself. Why not smile? Why not shrug your shoulders, sing 'Que sera, sera' and hope if that is you in the future that there is someone as understanding standing in the queue behind you.

And if you can smile when things go wrong then there is no excuse not to smile in general. You will feel better and make others feel better too.

'British researchers found that one smile can generate the same level of brain stimulation as up to 2000 bars of chocolate,' (Ron Gutman).