'A journey of a thousand miles begins with a single step.'
Lao Tzu 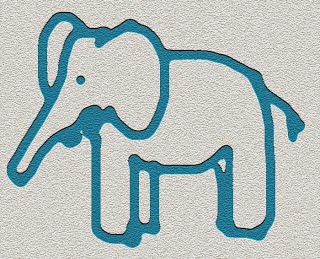 I realised when Carl asked if he was in my book that every young person I ever knew including myself probably was. Then next morning, hearing Timmy identify with some lines he read, I thought some more about it. How much we identify with characters we read and write. How much we want to learn about ourselves in what we read and write. How much we take comfort in empathising with these fictional people with realistic character traits. And how we know they are real because they are feeling what we feel. Why we start to care about them because we feel what they feel.

When someone tells you that their life has been summed up in two sentences that you have written, you must be doing something right - at least in those two sentences. The trick then is to get the other nine thousand, nine hundred and ninety eight to the same standard.

Why do these sentences resonate?  The character Jez, a thinker and worrier who's thoughts on the infinite consequences of his actions and their domino effects, freeze him and prevent him from making choices and doing anything, Timmy could relate to this, as could I. Its why I have stalled on writing until now.

I am learning about myself. When I pick up a book it feels like I am asking the author to tell me about myself. When I read what a character says or does or feels I measure against what I say or do or feel. Would I act in the same way as the character? Why? What would I do, say or feel differently and what does that say about me? What part of me do I leave on the page?

So the part of Jez I wrote about being locked in a state of frozen inaction because of his ability to see so many possibilities and their domino effects is the same part of me that has had to be worked through to get the book to the next stage. Now when I am making a decision, I try to ignore the zillions of other possibilities (my very active imagination brings to mind) and concentrate on one issue at a time. For instance before I sent out the first chapter to my writing class (nine people I had only met twice), all I concentrated on was getting the last few bits of editing done of that draft and only thought of it in terms of the feed back I would get from the nine people reading it, as that was a daunting enough prospect on its own. It was only last night (Thursday) I remembered, with genuine shock, that it is going to be read out in class on Saturday. I had completely blocked it from my mind, I think if I had thought of that aspect it might have prevented me doing the first action - sending it out. And once the first action was done - I could do nothing about it and at least that was done. All of it together would have been too much to contemplate.

I am now somewhat calmer but can still barely believe that I had forgotten that the first chapter is  going to be read out by the tutor to this group of people I have only met twice. The mind works in mysterious ways, to protect us. Or maybe we just take our natural ability to freeze the action, to pause it a while until we are ready, to deal with one thing at a time, until its time for action again and we can press 'play.'

Unfortunately I always think of that stupid elephant joke, even when a more eloquent way to say it would be: 'A journey of a thousand miles begins with a single step'. No, that seems too serene, too whimsical, too lovely an idea. Whereas the stupid elephant joke seems to be more in keeping with how I feel about daunting prospects and the overwhelming sensation and the 'bigness' of stuff feeling like an elephant sitting on my chest or just being the cliched 'elephant in the room'. The question, 'How do you eat an elephant?' and its answer 'One bite at a time' says more to me about my issues. However distasteful it is at first, its only a bite and once you swallow its gone and the next bites the same and eventually the elephant is gone. I am not advocating eating elephants but for me it works and sometimes to get one bite down you have to forget about how much of the elephant is left.
Posted by Rosaleen Lynch at 00:32