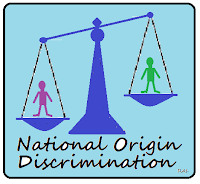 I travelled between Ireland and England in the 80s without needing to use my passport. I remember travelling around Europe and the border controls being light and imagining a future without them, in a new open and more connected world which has failed to come to pass.

Border controls are aptly named. They are all about controlling the population. However lawfully this control is, does not make it moral. Apartheid in South Africa was legal, as were the Jim Crow Laws in the 60's in the US, both designed to restrict the freedom of Black people (Open Borders). These restrictions are not legal now.

Read more arguments on this subject at: Open Borders
Posted by Rosaleen Lynch at 00:26