'I Am Coin' published by EllipsisZine started off at the Stay-at-Home Literary Festival 2020.

The festival began as a single tweet by CJ Cooke, an award-winning author and senior lecturer at the University of Glasgow. A few short weeks later the festival launched, bringing together 220 authors and industry professionals with support from lead partner, Paper Nations. With 145 events held over two weeks, Stay-at-Home! debuted as one of the largest literary festivals in the United Kingdom.

The story came from prompts from two free and fantastic workshops, where an object was the starting point.

27 April 2020 -  Morning Workout with Susmita Bhattacharya - prompts (see link) included listing objects a character would carry and what they tell us abut the character in a situation.

1st May 2020 - Experimental Writing with Dr Tawnya Selene Renelle - prompts included writing from the perspective of a 'cherished object' and what the object sees, hears and feels.

The cherised object I chose was a silver coin (dated 1888) my grandmother recieved on her wedding day and gave to me the year my daughter was born in 1988. I was reminded of the letter she sent with it saying it wasn't worth much but meant a lot. I'd written 'Other Uses for a Woman's Body' thinking about the effects of climate change and 'I Am Coin', writing from the perspective of a coin fit with themes around the objectification and commodification of womens bodies like in sex work and human trafficking. 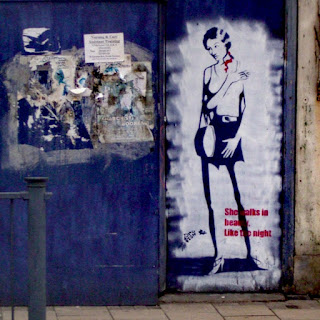