On Play: Learning from Fairytales

A Tiny Feast by Chris Adrian (2009) is a modern fairytale. My Goodreads review gives it five stars and explains:


'The juxtaposition of the fairy world with a cancer ward gives us a new viewpoint with which to see the world of science. Real life needs hopes and dreams without which we would not strive to overcome our trials. Sometimes it's better to be 'away with the fairies' than to engage with the sadness and hardship of human life and death. All this and so much more, presented with humour, warmth and a hospital environment we can believe in, wrapped in the guise of a short story.'

The story has many important messages which include the idea that children should play, and that sometimes fairytales and the like are ways people can use to process what is happening around them and make a kind of understanding of the impossibility of devastating situations. In the story we are told:

'A boy should play—that is his whole purpose.'


In this instance it is illness which prevents the child from playing but in society we have created many other ways to prevent our children from playing and ways of curbing their playfullness. Whether we are dressing them beyond their years, schooling them with examinations or creating a society which has unrealistic expectations of them by giving a range of responsibilities while not always balancing the book with tending to their rights. We don't have to see the child-soldier or the child in forced labour or the child marriages or mutilation to see the child's right to play being eroded.

The United Nations Convention on the Rights of the Child (1989) agrees:


'That every child has the right to rest and leisure, to engage in play and recreational activities appropriate to the age of the child and to participate freely in cultural life and the arts.

That member governments shall respect and promote the right of the child to participate fully in cultural and artistic life and shall encourage the provision of appropriate and equal opportunities for cultural, artistic, recreational and leisure activity.'

Today the National Union of Teachers (NUT), called for a ballot on boycotting primary school testing  (Coughlan,2016). There have been many boycotts since the SATs were introduced (reference) including  my family's. It was a simple method, whereby the head of the school informed us when the SATs were scheduled and we would keep our child away from school at those times. The head went as far as to tell us the specific times, so that our daughter was only absent for a few hours rather than missing a whole day. Our daughter left primary school 16 years ago but it seems, we are are having the same arguments.

Arguments which Holt was having in 1976, when he makes a case for for doing, instead of education. The kind of education which Holt (1976) describes as 'learning cut off from active life and done under pressure of bribe or threat, greed and fear' (p.3). Whereas:

‘Play is freely chosen, personally directed, intrinsically motivated behaviour that actively engages the child. Play can be fun or serious. Through play children explore social, material and imaginary worlds and their relationship with them, elaborating all the while a flexible range of responses to the challenges they encounter. By playing, children learn and develop as individuals, and as members of the community.’

This is why I am a youthworker. To play, to encourage play, to remove barriers to choice of and in play and to build relationships and communities from the central tools of play, which include: 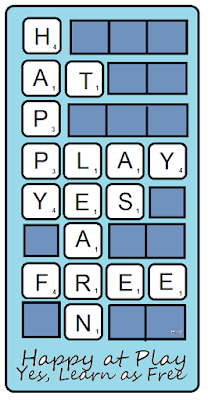 United Nations (1989) Convention on the Rights of the Child, UN Human Rights Office of the High Commissioner
Posted by Rosaleen Lynch at 13:25