On Writing: Sermons, Carols and The Choir Invisible

We strive to be better. To develop. To learn. To be 'that better self' as George Elliot would put it. Organised religion doesn't always get it right and when they get it wrong the distrust earned eats away at what is the base good. Love and generosity of spirit and a search for peace, justice and equality.

Having never been in St Paul's Cathedral in all my years living in London, this weekend I went to Morning Choral Matins to see it in use as it should be. The choir sounded as good as a choir should in the high roofed echoes of a cathedral with an organ as accompaniment and at times was so moving a sound that it resonated though your whole body flushing out negativity as it swept though like a spiritual colonic irrigation. Once you turned a deaf ear to the camera clicks, off-key congregation and the hissing from the speakers as the minister spoke, it was as perfect as any Morning Choral Matins. What made it, and came as a great surprise to me, was the sermon. It was relevant, political and not afraid to take a stance on war and peace and justice and equality, as well as slam the Daily Mail (for another one of those surveys of all the people who think something the Daily Mail want them to say they think). The experience was uplifting. 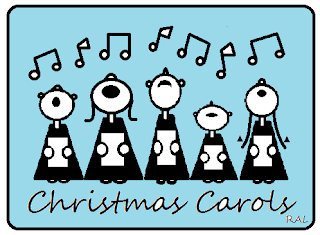 Standing in Canary Wharf carolling for 3 hours had a similarly positive effect. My calves stung, my back grew stiff and my arms burned as the bucket I held got heavier, but it got heavier. People were generous. The Salvation Army Band played. And I had the privilege of smiling and saying 'Thank you' to hundreds of people and in reply to my Christmas greetings was wished a 'Happy Christmas' by hundreds of smiling people in return.


George Elliot is one of those 'immortal dead' she writes of 'who live again in minds made better by their prescence' as a writer. How many other of the 'choir invisible' inform our choices, teach us right from wrong and how, not just to love but also how to show that love in generosity of spirit and doing good.

Perhaps when we search for immortality in our writing, humanity would be better served searching for it in the good we do. As George Elliot entreats,  'Oh may I join the choir invisible' :

O may I join the choir invisible
Of those immortal dead who live again
In minds made better by their presence; live
In pulses stirred to generosity,
In deeds of daring rectitude,
In scorn of miserable aims that end with self,
In thoughts sublime that pierce the night like stars,
And with their mild persistence urge men's minds
To vaster issues
......

May I reach
That purest heaven,—be to other souls
The cup of strength in some great agony,
Enkindle generous ardor, feed pure love,
Beget the smiles that have no cruelty,
Be the sweet presence of a good diffused,
And in diffusion ever more intense!
So shall I join the choir invisible,
Whose music is the gladness of the world