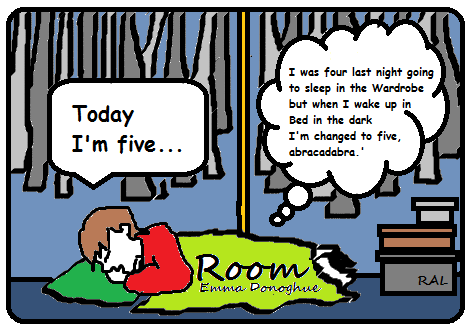 'In my younger and more vulnerable years my father gave me some advice that I've been turning over in my mind ever since.'


'Today I'm five. I was four last night going to sleep in the Wardrobe but when I wake up in Bed in the dark I'm changed to five, abracadabra.'


'I have just returned from a visit to my landlord –
the solitary neighbour that I shall be troubled with.'

'When I was three and Bailey four, we had arrived in the musty little town, wearing tags on our wrists which instructed – ‘To Whom It May Concern’ – that we were Marguerite and Bailey Johnson Jr., from Long Beach, California, en route to Stamps, Arkansas, c/o Mrs. Annie Henderson.'


'If you really want to hear about it, the first thing you'll probably want to know is where I was born, and what my lousy childhood was like, and how my parents were occupied and all before they had me, and all that David Copperfield kind of crap, but I don't feel like going into it, if you want to know the truth.'


'You don’t know about me without you have read a book by
the name of The Adventures of Tom Sawyer, but that ain’t no matter. That book was made by Mr. Mark Twain, and he told the truth, mainly.'


'Whether I shall turn out to be the hero of my own life,
or whether that station will be held by anybody else, these pages must show.'


'I was born in the Year 1632, in the City of York, of a good Family, tho' not of that Country, my Father being a Foreigner of Bremen, who settled first at Hull; He got a good Estate by Merchandise, and leaving off his Trade, lived afterward at York, from whence he had married my Mother, whose Relations were named Robinson, a very good Family in that Country, and from whom I was called Robinson Kreutznaer; but by the usual Corruption of Words in England, we are now called, nay we call our selves, and write our Name Crusoe, and so my Companions always call'd me.'


'I was told by a Guard who came to the door.
He wasn't one I'd seen before, one of the usual ones.
He was only a young fella, skinny and with raw spots all over his neck.'