Spock, The Rosie Project and a Black and Blue Dress 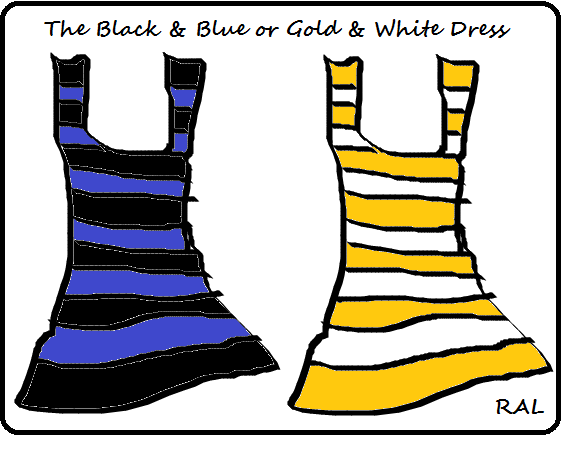 What do Spock, the book The Rosie Project by Graeme Simsion and the internet phenomena of the black and blue dress have in common?

Spock, sadly died today. Ok, I mean Leonard Nimoy, the iconic actor who played Spock. This news displaced the blue/black white/gold dress conundrum online for many. And both remind me of the book The Rosie Project. The link? Logic and Perspective.

I had been wondering how to describe Don Tillman from The Rosie Project. First I thought of an older version of the boy in The Curious Incident of the Dog in the Night Time by Mark Haddon. Then I thought of Sheldon from The Big Bang Theory. But today I realised that he was a modern day Spock (bar the pointy ears).

In The Rosie Project, a witty and oddly insightful love story, we find opposites don't attract, or at least at first. Don Tillman is a man of science and research and ordered process. He plans to find a wife to suit him. How? With science and research and ordered process, or more precisely with a questionnaire. Lots of questionnaires. This story sheds light on some of the thought processes and behaviour of a man in his late thirties, who doesn't know he has Aspergers. Much in the same way we enjoyed Spock's observations in Star Trek we enjoy Don Tillman's view on the world.  We get a whole new perspective of life from someone who engages with the world from a mainly logical context without emotional bias or connotations.

I've always been interested in visual illusions which I consider are good analogies for the importance of context to perspective. Whether it's the Ponzo effect or truth (which I talk about in Perspective: Relativity ), everything seems to be relative.

The black and blue dress then tells us we cannot believe our eyes. Some see it as black and blue and others as gold and white. And its all to do with context. It is what it is only in relation to what we know. We think what we see is there. We couldn't do this even if we all had the same physiological ability to see. And we don't. I wear contact lenses which alter my vision, improving on the quality (which is not as good as some people's and better than others),  trying to bring me in line with the average. I have good night vision and my mother, like many others, doesn't. Many males are colour blind but I'm not. So already we have variations of what different eyes see. And then there is interpretation...what is the context and what does my previous experience make of it?

So much to take into account and so much we can't even see. No we can't always believe our eyed. Again I must concur with Nietzsche, there can be no facts - only interpretations.
Posted by Rosaleen Lynch at 17:31