The Lost Art of Childhood: Hidden Behind Adult Walls 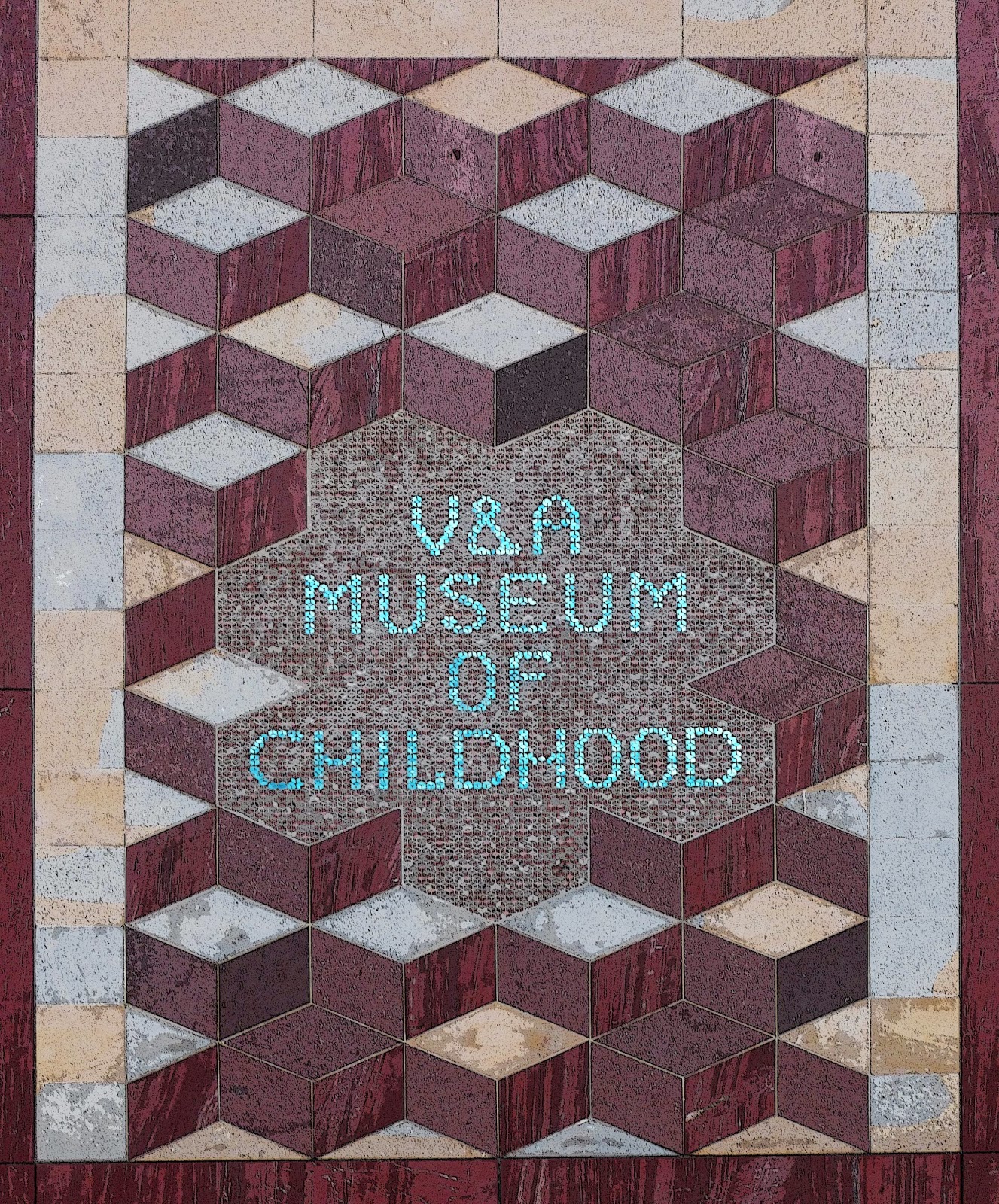 As WHO (2008) contend, until the Renaissance much of art represented children as miniature adults with an adult frame and adult features. WHO makes an argument for the movement away from treating children as 'little adults' and towards seeing children as having distinctly different developmental, learning and play needs. It is also suggested that children also have different ways of experiencing their environments with varying levels of vulnerability to exposure to difficult environments to adults in terms of power, physical stature and capabilities and life span.

This differentiation can be seen in how children and young people's needs are met in health, education and the media.  However much of media is now aimed at both children and adults. The boundaries are blurred. There seems to be the desire in the production of children's media to also cater to the adults, whether in terms of an added revenue stream or to provide added value. It may be a profitable direction to go but is it in the best interests of the child?

Roher (2008) from the BBC, sees 'Shrek' as a turning point in 2001 where this aim came to the forefront (like other movies such as 'Toy Story' and 'Up'). Also mentioned in the article, as 'not really a children's story at all' is Spike Jonze's adaptation of the children's book 'Where the Wild Things Are'. Jonze was quoted as saying 'The main goal wasn't to make a children's movie. I wanted to make a movie about childhood.' Understandably, media wants to to appeal to a wide audience and such programming as Henson's Muppets and The Big Bang Theory have proven it can be successful. However we must remember who the primary audience is. 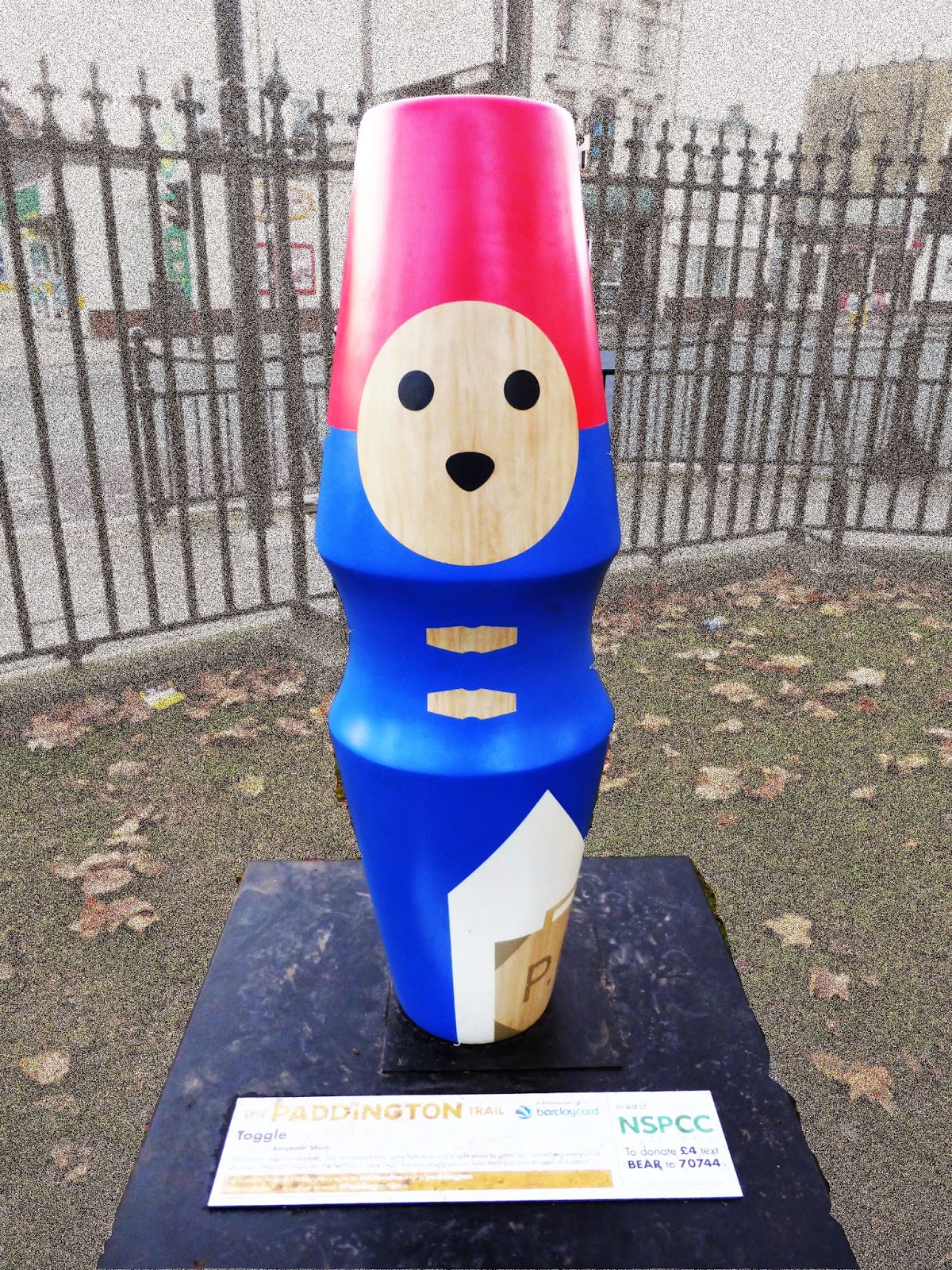 For instance 50 Paddington Bear statues, are part of a trail all round London, advertising the recent movie and will be used in fundraising for the NSPCC. There is one outside The Museum of Childhood in Bethnal Green. How appropriate, to have a Paddington Bear outside the Museum of Childhood. But it's not a bear - its a toggle! Although from the back it looks more like a bowling pin. But when you have a think and you work it out, you think 'Hey that's clever - it's a toggle from a duffel coat - the coat Paddington wears.' Then you think, 'Why the heck is there a toggle outside the Museum of Childhood when there were 49 other Paddingtons which were actually bear-shaped.

The organizers Visit London say of Benjamin Shine's rendition of Paddington that the statue called  'Toggle aims to reflect the innocence and playfulness of childhood.' Much, I would contend, like a toy bear does!

In the words of Pink Floyd, from Another Brick in the Wall, I say 'leave them kids alone'...and leave the kids stuff alone. We have enough bricks in the wall that are all the same and just end up as barriers to children's development and learning. Let children experience the world, not as 'little adults' but as themselves. Compliance and conformity to adult world views may just as well be a production line of more bricks for more walls. Enough bricks and enough walls.