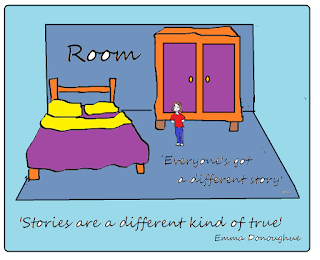 'Room' by Emma Donoghhue has had a great movie interpretation of the book, capturing the atmosphere, characters and situation of living for the first five years of a life locked up in a room. I cried through most of it and was riveted by the limited (but vast) world view of a five year old. It replicates the skewed perspectives which come from an unusual upbringing in a restricted environment.

This story is certainly a 'different kind of true' and the idea that 'everyone's got a different story' has special resonance.

My childhood story was certainly set on a stage larger than a room. It included rooms, houses, schools and playgrounds, fields and roads and cities and counties. But for all its horizons it was usually limited to the people in the vicinity and usually not much farther than a room.

However big the house or however far I traveled, it was one room at a time and even when phoning home it was just from one room to another.

In many places I've traveled I've seen a family live in a room, converting it at night to sleeping quarters by laying out bedding and clearing it away in the day to live. It has made me question my 'need' for so many rooms in my home, despite the modest size of our maisonette.

It seems ridiculous that many of our rooms are only used for a portion of the day and unused the rest. The nearest I've come to living in less wasteful accomodation is when I have lived in bedsits which convert from day to night and camping which is an all-in-one with communal toilets.

And that is just our houses. What about our workplaces. Billions of rooms which are only used for a portion of the day, week and year while there are people sleeping in the streets calling a doorway their 'room'.

According to Crisis, last year 7581 people slept rough on the streets of London. And for every rough sleeper in London 100 people are in hostels and 1100 households are in overcrowded accomodation.

With all those empty rooms. 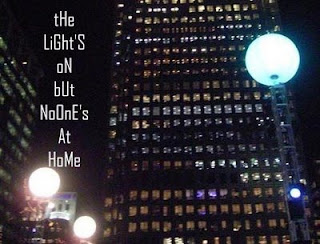