Rain seems to be the topic of conversation at the moment. I don't remember in Ireland, where rain was the norm, discussing it much. But in London in September it seems to be all some people can talk about.

Maybe I'm so used to rain I don't take much notice of it. Like Inuits would laugh at our inability to cope with the small amount of snow we get in a year, I hardly notice rain. Especially in a city where cover is always readily available unlike the countryside where I grew up. Especially when umbrellas are much cheaper and more portable today. Especially when its not even cold.

Although I do remember learning:

That balance we wouldn't understand as children, where we might want it dry today for a certain activity but always, recognising that we need water for life. No as children - we wanted to play out and the rain might have meant our parents wouldn't let us.

My Fair Lady brought another rain link which perplexed me:

The rain in Spain falls mainly on the plain.


The word 'plain' was not in my vocabulary at the time, however the word 'plane' was and as I didn't even know homophones existed I quite happily could see rain in Spain falling on the plane in the sky, where the rain was nearest and possibly never reaching the ground because it was hot.

Van Dijk (2007) discusses context in Conversational Analysis (CA) and the 'reluctance' of researchers to seek 'contextual explanations for some properties of conversation' as it 'might open a Pandora box of analysed social categories, such as those of gender, class or power among many others' (p.281). Do such contextual properties matter? 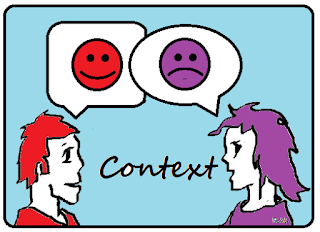 Van Dijk (2007) tells us that 'the 'same' discourse produced by a man or a woman - signalled only by their (male or female) first names, was read, understood and evaluated differently by recipients' and concludes that 'context obviously does matter'  (p. 283).

Rain will be talked about differently depending on the context...

If I'm a farmer growing crops 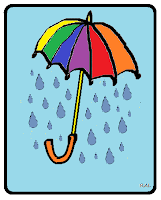 And that's just rain. So many other contextual factors influence our conversations from culture to social standing to environment to available resources to experience. So many, that it's surprising we understand each other at all. We are able, it seems to meet on common ground - perhaps the plain of Spain.