In The Blarney Stone and The Gift of the Gab I talked about the gift of eloquence and the difference between the right and almost right word. Visiting Ireland with two Britons I was aware of the differences in our languages. Of course we have the Irish language Gaelige or Gaelic but we also have our version or dialect of English. Here are some of the differences: 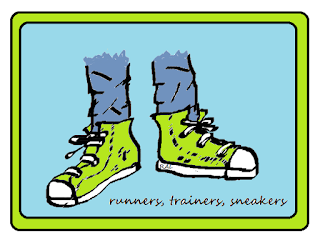 There's no more to say.
Posted by Rosaleen Lynch at 22:42