I am lamenting the demise of such community spaces as The Departure Lounge, now known as Husk. Just like when the brand Innocent turned to Coca Cola for investment, we see businesses, all the time, lose elements of their ideology and identity in a kind of corporate character cleansing.

The Google blurb on Husk goes as follows:

Husk is a café & creative space in Limehouse, East London, with a heart for community, contemporary art – and really good coffee 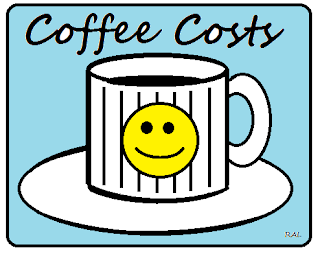 Now, as another 'customer' remarked, the place is a 'husk' of its former self. Granted it's got air conditioning but at the cost of its warm atmosphere. Yes, there is the lovely smell of baking, but I didn't see evidence of it for sale (it just looked like another business on the premises), and the plain croissant I purchased this morning for £2.30 was either from a shop packet or was stale. Yes there are still books available to peruse, but less of them. There's no more Friday Film night, no crossword, no Unbuntu Fairtrade cola and little to no community information. No rickshaw or freebooks or graffiti out the front. No eclectic mixture of brass instruments, suitcases or a record player playing old tunes on vinyl inside, to break up the blank monotony of the New York warehouse style.

If, as seems to be the case, Husk Coffee is trying to fall in line with the Costa's and Starbucks of this world it will have to have to do better. If it is losing so much character it needs to at least provide what it promises, starting with a better and fresher selection of food. Today breakfast options at 10.30am were limited to croissants and muffins (unless you eat gateau for breakfast) and the croissant was not fresh. Lunchtime options, again were limited (unless you eat gateau for lunch). The Meze platter was lovely, well presented, nutritious and not bad value for £4.50, however it was the only meal advertised on the cafe menu today (even though the website menu  advertises more).

Exam time, in the past, meant student groups grazing thoughout the day and having enough fuel to keep the brain ticking over. Now sadly I see people buying a cup of tea or a can and popping out to the supermarker next door for more affordable food. The price of my Americano was £2, which is the same price as Starbucks, 5p more than Costa and 10p more than Cafe Nero (Source: London Toolkit). And for that price, although the internet is provided as it is in other cafes there are not not enough plug points (as evidenced by the woman who parked her pink suitcase behind my chair and another mans chair and stood by the socket between us to use it).

Perhaps the price is for service, because when the order is taken someone brings the coffee to the table - the personal touch? That could be argued if the system wasn't flawed. You come in the door, go to the counter and you give your order and then are asked where you are sitting. You haven't decided yet, because you thought you would get your coffee and then sit down, because it would mean having to 'baggsy' a table before coming back and paying for your coffee only so that you can go back again while someone else brings it to the table you identify - the numbered table. Yes the cookie-cutter culture of such places as Wetherspoons where being reduced to a table number rather loses the personal touch.
What I find particularly sad about the demise of the Departure Lounge is that it was a place which was pointed out to me by a young person I work with, who thought it would be the kind of place I'd like and the kind of place I'd bring beople. Now I'm not sure that would be the case.

If I thought the Husk cafe was a stripped down version of what it used to be, the Husk website is even more stark in comparison. It is modern, bright and has a clean slick corporate style. The advertised 'heart for community' is not apparent in its businesslike pages. The only human face to feature on the website it that of a man in the advert for the Michael Dryden and David McCulloch exhibition aptly named:

WHAT YOU ARE LOOKING FOR IS ELSEWHERE