'I went for years not finishing anything. Because of course when you finish something you can be judged.' 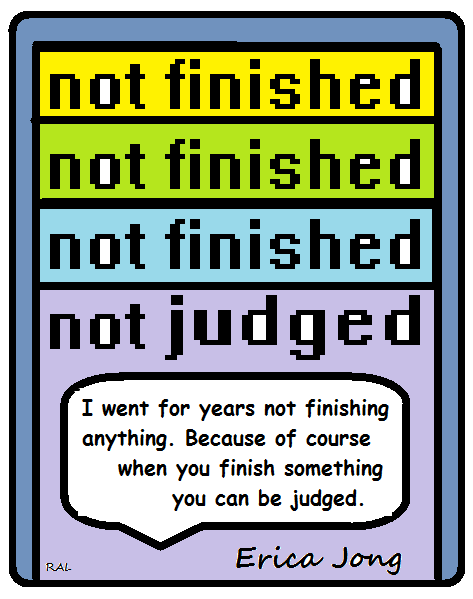 Of course there are so many other reasons not to finish from laziness to loss of motivation. Henry Miller recognised some of these barriers to finishing and wrote himself a Work Schedule for 1931-1932 and a set of 11 Commandments. Miller (1931, p.161)  tells himself:


'Work at one thing at a time until finished.'

He knew all the problems with this, also advising the writer not to start anything new or think of anything but the book that is being written, to stick with the plan, to put the effort in, to edit and that if the plan goes out the window today to come back to it tomorrow.


He tells the writer (including himself) to let nothing get in the way of writing, not art or entertainment or relationships, to:

I think of all the barriers to finishing, from time constraints to fear of judgement. They can all be dealt with one by one but like bricks in a wall are hard to tackle together. They are the whole which is more than the sum of the parts.