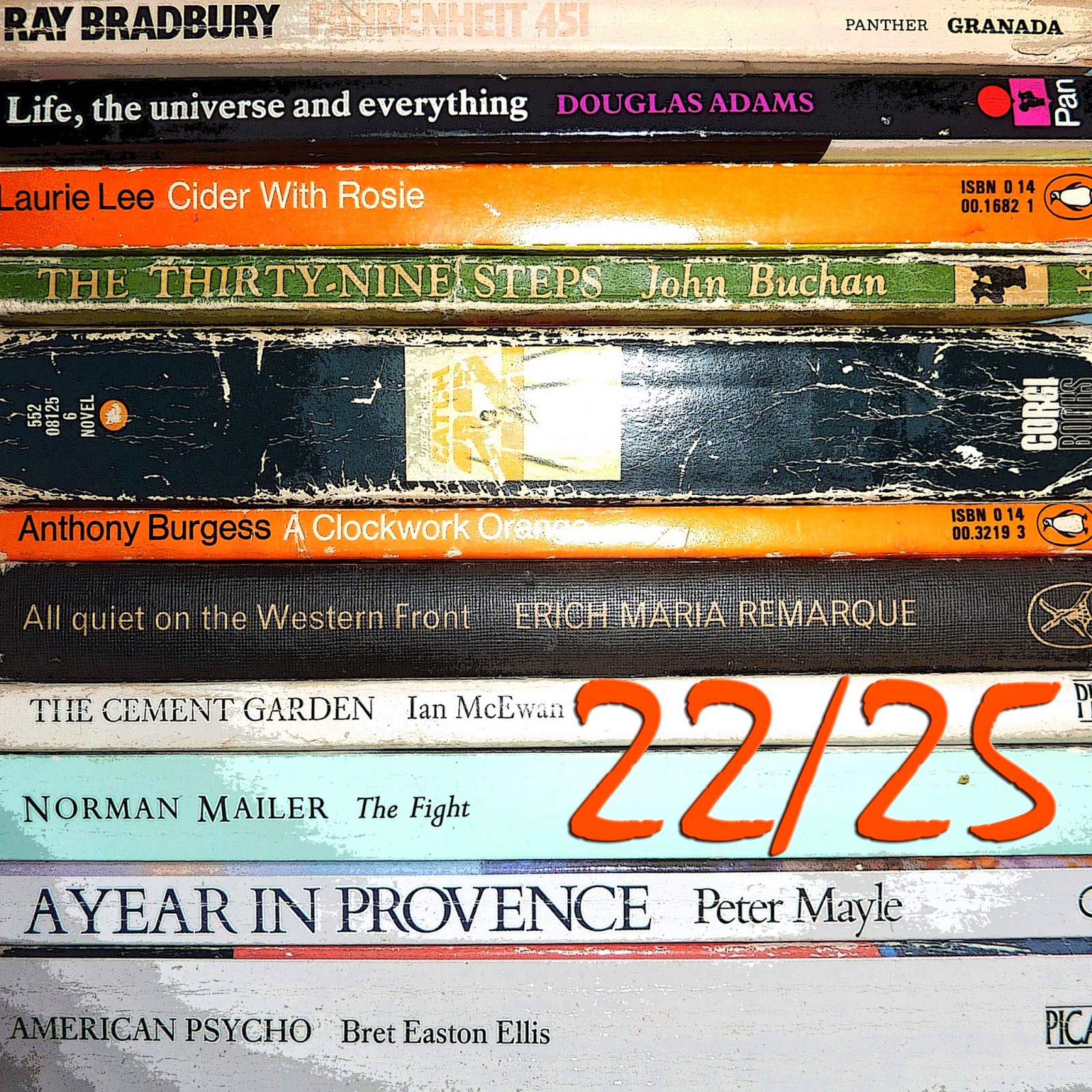 I got 25 books for my 25th birthday. I think these were the 25 (it was a long time ago) and many still have the little slip of paper telling me why they were chosen for me. Did I read them all? Or did they just gather dust over the years on my bookshelves?

I wasn't sure if one of them may have been Red Dragon or Silence of the Lambs by Thomas Harris or The Cider House Rules by John Irving, or something else completely.

I am glad to say that out of the 25 there are only three I haven't read: